Do you think cinnamon is nothing more than a wonderful cooking spice? Well, you’re mistaken. It has quite a few beauty uses, and you can make your hair long, strong, and beautiful by using it in your regular hair care routine. Enriched with antioxidant, anti-fungal, and antimicrobial properties, cinnamon is used to treat infections and improve blood circulation when applied to the scalp. Let’s look at how cinnamon can naturally treat hair loss and regrow your hair by stimulating scalp and hair follicles.

Extracted from the Cinnamomum family branches, cinnamon is widely regarded for its medicinal value (1). It is predominantly used as a cooking spice, although its health benefits can’t be ignored. It is used in traditional medicines to treat arthritis, sore throats, and the common cold.

Indonesia is the largest producer of cinnamon accounting for 40% of the global production. 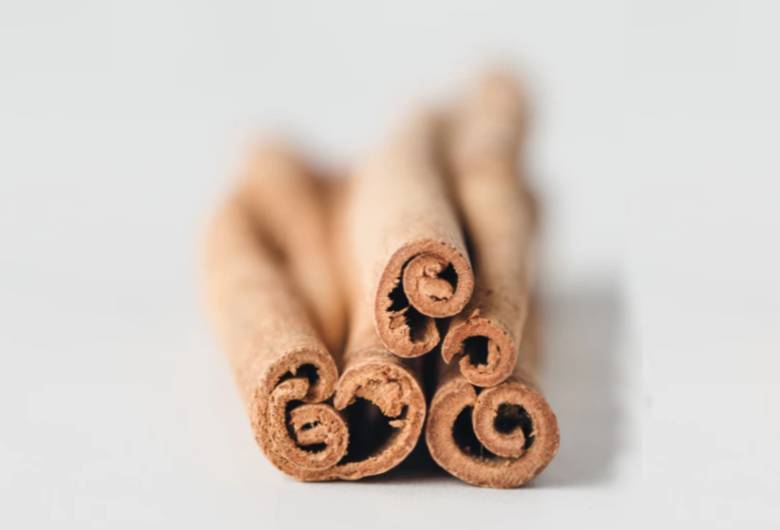 Cinnamon offers multiple health benefits because of its medicinal properties. Polyphenols, the antioxidants present in cinnamon, can protect the human body from the damage caused by free radicals (2). In addition, its anti-inflammatory properties have the ability to control infections and repair tissue damage (3). Research has also found that it may positively impact the overall health of the heart. Moreover, it may act as a memory booster, reduce stress, and drastically improve sleep quality (4). It may also lower blood sugar levels (5) and may protect against cancer (6).

Enriched with medicinal properties, cinnamon has a variety of health benefits.

Benefits of Cinnamon for Hair

Apart from its culinary usage and medicinal benefits, cinnamon is widely used for treating hair and scalp-related issues. This versatile spice can be either added to your conditioner and oil to form a DIY mask or applied directly in the form of cinnamon oil. Cinnamon is enriched with nutrients and vitamins, and when applied to hair and scalp, it can improve the overall health of the hair by providing nourishment, thus making your hair breakage-free, shiny, and healthy. It promotes blood circulation in the scalp, stimulates hair growth, and reduces untimely hair fall. It also acts as an exfoliant and nourishes the scalp by improving blood circulation. When mixed with a regular conditioner, it can lighten hair strands apart from providing nutrients. In addition, its antioxidant properties keep scalp inflammation at bay. However, it’s important to note that most benefits are not clinically proven and not backed up by any research.

Let us show you 5 most effective ways to treat hair naturally with cinnamon:


1. Cinnamon Oil Massage
The simplest way to treat hair with cinnamon is to massage the scalp with the oil extracted from the bark and leaves of the plant. You can either purchase a readymade hair oil loaded with cinnamon or prepare a blend on your own by mixing the cinnamon essential oil with a suitable carrier oil. Then, gently massage your scalp and the adjacent areas (temples, nape, etc.) with it regularly for at least 20 to 25 minutes before washing your hair. This will make your hair grow faster by boosting blood flow to the scalp and stimulating the hair follicles. The oil’s antimicrobial properties will also prevent hair loss by curing issues like dandruff and itchy scalp.

2. Cinnamon and Olive Oil Mask
Cinnamon has long been known for encouraging hair growth by stopping frequent hair fall and treating baldness. To enjoy these benefits, you must prepare a mask by mixing 2 tablespoons of pure olive oil with 1 teaspoon of fine cinnamon powder. Massage it into your scalp for some time and let it sit for the next half an hour. Then, wash off with a mild shampoo. It might give you a tingling sensation, which is natural. Do not forget to warm up the olive oil a little before preparing the mask.

3. Cinnamon, Egg, and Olive Oil Mask
If you want to make the previous mask even more effective, add one egg to it. All you need to do is beat an egg and mix it well with the warmed-up olive oil and cinnamon powder mask. It will turn the mash a bit thicker. So, you have to apply it to your wet hair and comb it through so that no lump is formed on your scalp. Wait for 15 to 20 minutes and then, rinse off with a mild shampoo. Using it once a week will enhance the growth of your hair significantly.

4. Cinnamon, Honey, and Olive Oil Mask
It has also been found that a mixture of cinnamon, olive oil, and honey can work wonders for hair by reducing hair loss and promoting hair growth. So, you can replace the egg with pure, raw organic honey in the earlier recipe and use it on your scalp. Massage for the first few minutes and then leave it for the next 15 minutes. Finally, wash away with a good-quality shampoo of your choice.

5. Cinnamon Powder in Conditioner
However, cinnamon is most popularly used for lightening hair color. If you want to alter your tresses’ black or dark hue, cinnamon can be your best natural solution. For this, you need to take 1 teaspoon of fine cinnamon powder and mix it well with 2 tablespoons of your favorite hair conditioner. Apply it all over your hair thoroughly and leave overnight (it is advised that you cover your entire head with a plastic or shower cap). In the morning, rinse off your hair with a mild shampoo at least twice. Do it once every week to add a beautiful touch of cinnamon red or cinnamon brown color to your locks.

The benefits of this wonder spice can be extended to a regular skincare regimen. Cinnamon’s collagen-producing property plays an essential role in anti-aging and wrinkle treatment. Further, its antimicrobial and antibacterial formulae can help treat acne, fine lines and heal wounds faster. Also, it has skin-lightening properties and can be used to reduce acne scars. The application of cinnamon powder on lips can give you a fuller look.

Side Effects of Cinnamon

Topical application of cinnamon or cinnamon oil is usually considered safe. However, it may cause irritation, redness, or allergy in some instances. It is always recommended to do a patch test if you apply cinnamon for the first time to avoid any unwanted complications. Consumption of cinnamon is safe if taken in small amounts. However, it may cause side effects if you exceed recommended limits. Although clinically, no definition of the safe dose is established, consumption of 1 teaspoon (2-4 grams) can be considered safe. However, overconsumption may lead to liver damage, low blood sugar levels, etc.

Summary
Extracted from the branches of trees of the Cinnamomum family, cinnamon has multiple health and medicinal benefits. Apart from its culinary usage, this wonder spice is enriched with antioxidant, anti-fungal and antimicrobial properties and widely used to treat various health and hair related issues. It controls infections, repairs tissue damage, enhances overall health of the heart, boosts memory, reduces stress, improves quality of sleep, lowers blood sugar level and may protect against cancer. When applied to hair and scalp, it improves blood circulation, stimulates hair growth and reduces hair fall. It can be mixed with other carrier oils, honey, egg and regular conditioner to create DIY hair masks to treat hair fall and inflammation. Cinnamon can be also applied to skin by making face masks to treat acne, wrinkle, blemish etc. Topical application of cinnamon is safe although consumption of cinnamon beyond recommended dose can cause serious medical complications.

What does Cinnamon do to your hair?
Cinnamon hair mask improves blood circulation, promotes hair growth, reduces hair fall, and stimulates hair follicles. It also helps in removing build-ups from the scalp. In addition, its medicinal properties reduce inflammation in the scalp.

Is it safe to put cinnamon in your hair?
Yes, it is safe to apply cinnamon to your hair. You can develop DIY hair masks by mixing cinnamon with ingredients like olive oil, egg, honey, and hair conditioner.

Can you leave cinnamon in your hair overnight?
If you don’t experience any side effects like rashes, allergies, and redness, you can use it as an overnight hair mask to lighten hair stands. Otherwise, leaving it for 1-2 hours is always recommended.

Does cinnamon lighten hair permanently?
Cinnamon can lighten hair strands, thus adding contrasting shades to your mane. At the same, it can nourish your hair by providing nutrients to hair follicles. However, its impact would be temporary, and you need to use it regularly if you want to continue its lightening effects.

Hair Protein Overload: Everything You Need...