10 Worst Celebrity Hairlines That Will Leave You Shocked


No matter whether you are a common citizen or a high-profile star, wacky hairlines can give you a tough time. Hairlines are hard to keep. Once it starts to go, you will find it leaning back until you decide to go completely bald. The situation becomes even worse for people associated with the entertainment industry as constant wear and tear from weaves and styling cause them unavoidable consequences. Most celebrity women fail to embrace their moving hairlines while many of them are open about it. In this article, we will talk about 10 worst celebrity hairlines that became the talk of the town in no time.


What is a Receding Hairline?

Hair loss is an extremely common issue faced by both women and men. Almost half of the worldwide population suffers from abnormal hair loss at some point in life. The American Academy of Dermatology (AAD) revealed that nearly 40% of women experience hair loss by the time they turn 40 years old (1). As hair starts falling in chunks, bald patches develop in the scalp. In another kind of hair loss, the hairline starts moving above the normal forehead. Though there are multiple ways to combat hair loss, a receding hairline is considered mostly as an irreversible issue unless you go for a hair restoration treatment.

We have almost 100,000 hair follicles underneath the surface of our scalp. When they get damaged near the hairline, the normal growth cycle of hair fibers gets disturbed. This results in a receding hairline. Following are some of the major factors that contribute to this condition:

Female pattern hair loss (FPHL) or androgenetic alopecia is responsible for general hair thinning and lesser volume of hair. It turns the part wider and makes the scalp visible. FPHL increases with age and affects more than 50% of women (3). However, the hairline usually does not recede in this kind of baldness.

The process of hairline recession usually starts above the temples and moves back across the top of the head gradually. Most of the time, the hair in the middle stays closer to the forehead, leaving the scalp bare at the sides and the back of the head.  It also leads to a ‘V’-shaped hair growth in the front. The entire hairline can also move back, thereby giving the forehead a bigger appearance.


How to Manage a Receding Hairline?

There’s no guaranteed treatment that will stop a receding hairline. But there are health strategies and treatments you may want to consider to keep your hair as full as you can for as long as possible.

10 Worst Celebrity Hairlines That Will Shock You

When celebrities go through the hairline recession during the course of their career, they either do their best to keep it hidden or open up about the damage by overcoming the embarrassment. Here is a list of 10 female stars, who experienced it bigtime while focusing on fame and appearance: 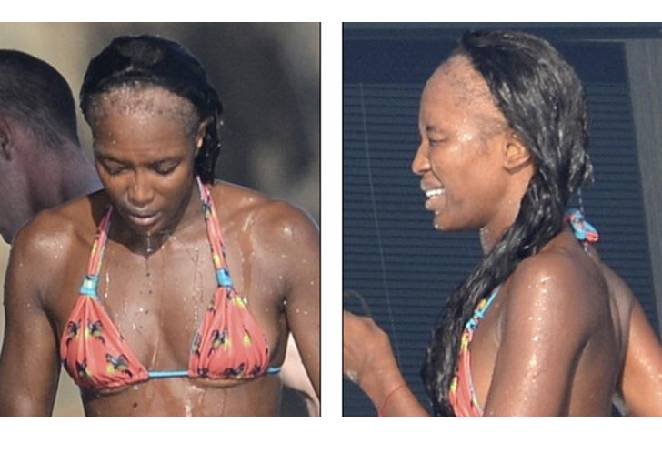 The ‘supermodel’, who once ruled the glamour world, faced one of the worst cases of traction alopecia after using extensions and weaves for years. It once forced her to avoid all the glitz and blitz or cover her real bad hair all the time. But after realizing that covering up always is making the condition even worse, Naomi stopped hiding her balding and started caring for it. This led to most of her bald spots growing back.

“I do take more care of my hair now, because I lost all of it with extensions. I am more careful and I do different things.” – Naomi Campbell, Evening Standard (6) 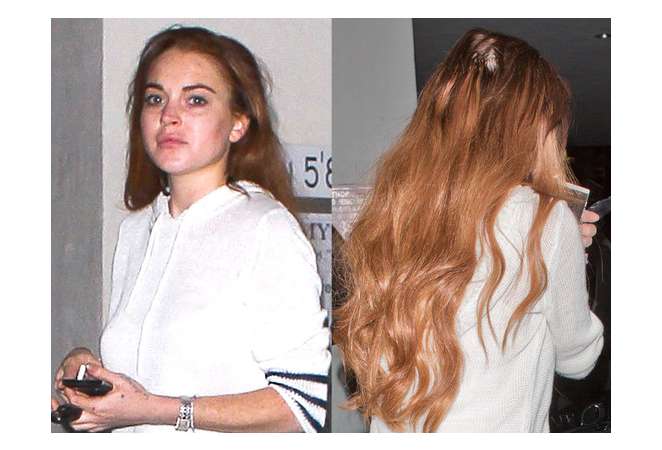 The Mean Girls’ star was pretty famous for her gorgeous hair but the redhead has ended up hurting it a lot over the years. It is thought that the crazy lifestyle of the actress took a toll on the health of her locks and made them fall apart. Though Lindsay gets successful in hiding her bald spots most of the time, the camera frenzy people often catch her with a receding hairline and scraggly hair. 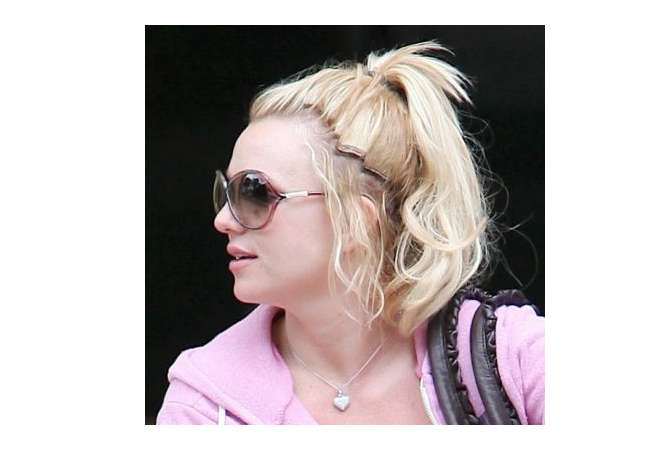 Once declared as the ‘queen’ of the pop world, Britney Spears shaved off all her hair in full view of paparazzi in 2007. She had to go through a lot in her tiny age, which was coupled with charges of drugs, divorces, etc. as she grew up into an adult. The receding hairline was even an added anomaly in her life as it says all about her mane even after she tries to cover up her visible baldness with thin, ratty-looking weaves. 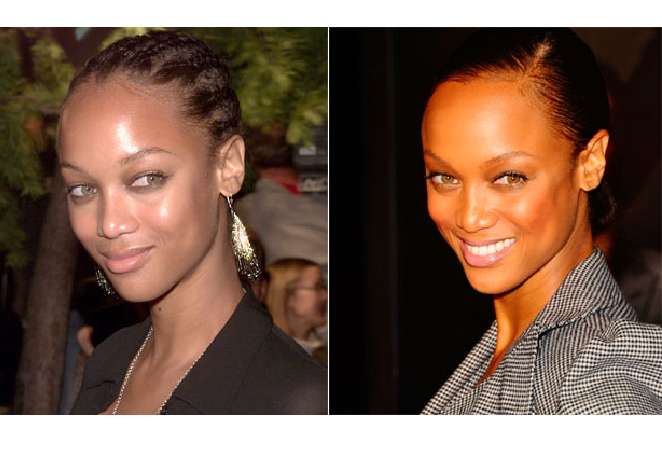 When it comes to dealing with a receding hairline, Tyra Banks is undoubtedly a true inspiration. Her hairline is evidence of how high-stress levels and years of processing affect the natural hair by causing alopecia areata or spot baldness. The model celebrity has been through it all and she never hesitates to talk about how much effort is really needed to transform it into a glorious mane.

“I couldn’t just look at the ocean. And in hindsight that wasn’t healthy. How can I say this without tearing up? I got a little alopecia from the stress.” – Tyra Banks, The Wall Street Journal (7) 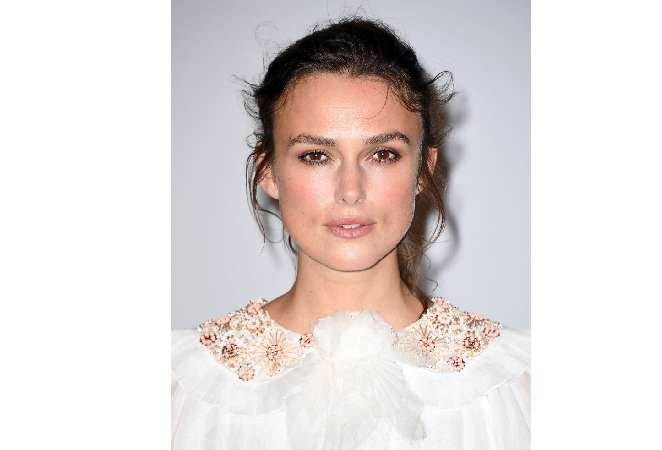 For the award-winning actress Keira, the hair started falling out with dying and it became even worse as she kept wearing wigs for five consecutive years. Her experiment with her hair inevitably made her pay the price at a later date. In fact, this is what most of the actors experience these days. However, the hair began to grow back in 2015 as Keira became pregnant with her daughter Edie.

“I have dyed my hair virtually every color imaginable for different films. It got so bad that my hair literally began to fall out of my head! So for the past five years I’ve used wigs, which is the greatest thing that’s ever happened to my hair.”– Keira Knightley, InStyle (8)

Read Also – 12 Best Hairstyles for Gym to Get a Trendy, Workout-Ready Look 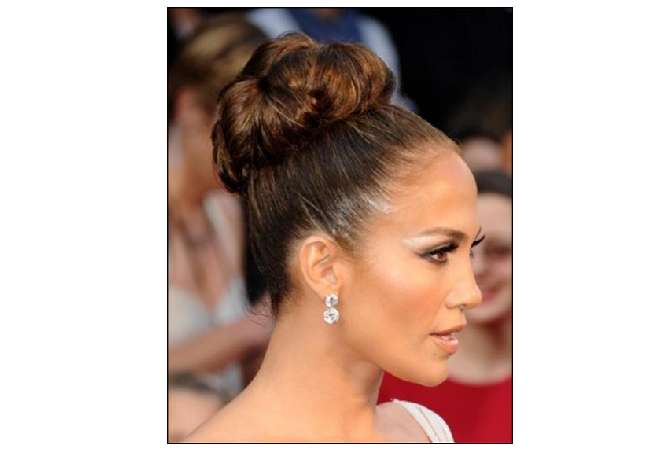 While Jennifer Lopez is aging like fine wine, her hair is definitely not. Just do an old vs. recent comparison of JLo’s photos and you will see how her hairline has been moving back. The superstar has been suffering from traction alopecia due to wearing her hair into tight ponytails or buns always and it proves how her hair has fallen prey to the beauty standards in the entertainment industry. 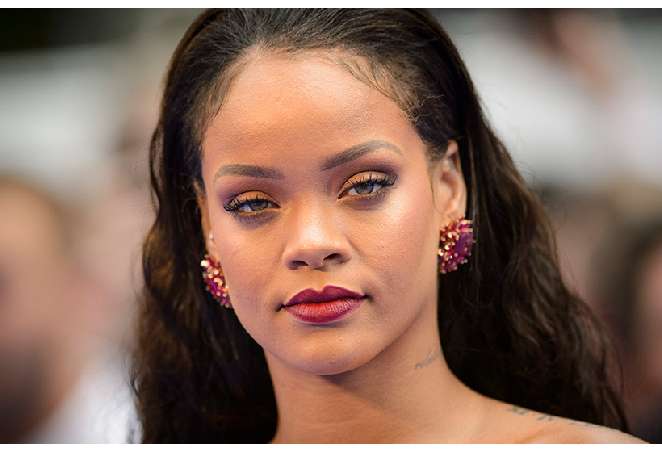 From trying exclusive colors to styling the strands extensively, Rihanna never leaves a chance to play with her drop-dead gorgeous mane. But this practice comes with a price and even a pretty face can not do anything about it. Though the star rocks all hair colors and styles with aplomb, her hairline clearly reveals that her hair has already taken the fall for whatever it has gone through over the years. 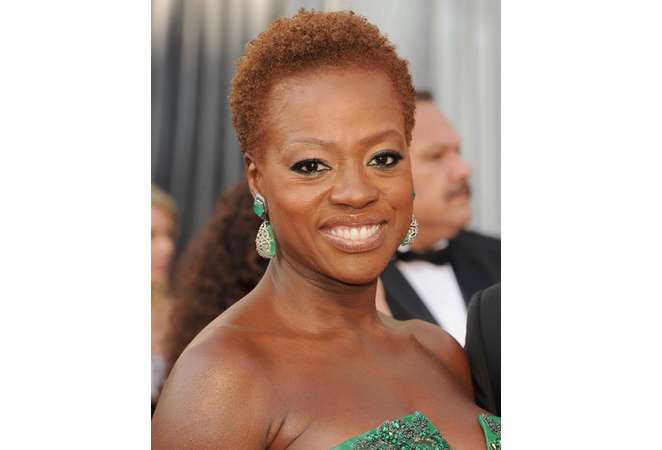 It took Viola Davis some time to realize that she has been suffering from alopecia areata, which was solely caused by stress. The acclaimed actress internalized the struggle of balding and got into the habit of wearing wigs to make people believe that she is beautiful. She was so embarrassed about her hair that she kept it hidden until she got liberated from that feeling and learned to embrace her natural hair.

“I woke up one day, and it looked like I had a Mohawk. Big splash of bald on the top of my head. I was like, What is this? Until I found out it was stress-related. That’s how I internalized it. I don’t do that anymore. My favorite saying in the world is, ‘The privilege of a lifetime is being who you are.’ I am telling you, I have spent so much of my life not feeling comfortable in my skin. I am just so not there anymore.” – Viola Davis, Vulture (9) 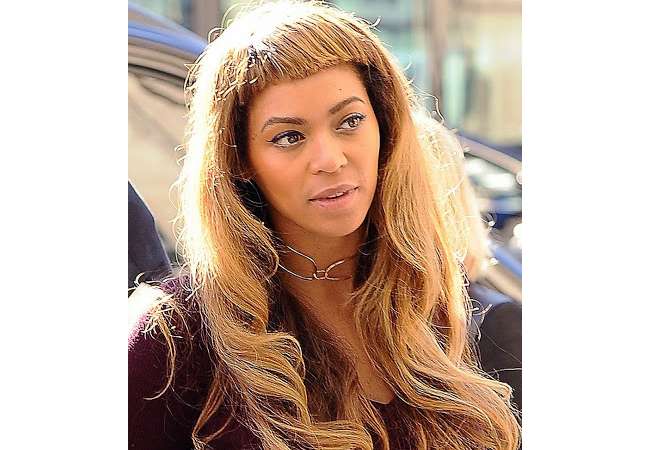 ‘Queen Bey’ has long been on top of the wig game among the celebrities listed here. With a hairline that is receding slowly, the talented singer seems to be dealing with traction alopecia and hence, she prefers to hide her real hair under the best wigs or weaves. However, it is really hard to find bad pictures of her as she is incredibly conscious about maintaining her public image. 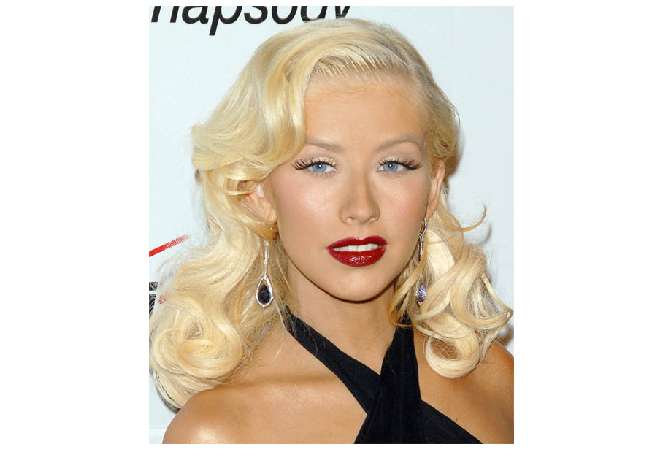 Pop superstardom has not only showered Christina with fame and money but also caused her hairline recession along with pattern baldness. Her addiction to hairdressing took a severe toll on her crowning glory, leaving bald patches on her scalp and pushing her hairline back.

Hair loss is an extremely common issue faced by both women and men around the world. As hair starts falling in chunks, bald patches may develop in the scalp and the hairline may also start moving above the normal forehead. Though there are multiple ways to combat hair loss, a receding hairline is considered mostly as an irreversible issue unless you go for a hair restoration treatment. When the hair follicles under the scalp get damaged near the hairline, the normal growth cycle of hair fibers gets disturbed, thus causing a receding hairline. Age, heredity, hormonal changes, traction alopecia, autoimmune diseases, illness, certain medications, poor diet, unhealthy lifestyle, and stress are some common factors that contribute to this condition. The process usually starts above the temples and moves back across the top of the head gradually. When celebrities go through the hairline recession during the course of their career, they either do their best to keep it hidden or open up about the damage by overcoming the embarrassment. Naomi Campbell, Lindsay Lohan, Britney Spears, Tyra Banks, Keira Knightley, Jennifer Lopez, Rihanna, Viola Davis, Beyonce, Christina Aguilera, etc. are some popular female celebrities, who experienced it bigtime while focusing on fame and appearance.

How Can I Regrow My Hairline?

While regrowing hairline is not possible naturally, you can try improving the health, volume, and appearance of your hair by choosing natural remedies for stimulating its growth. These include aloe vera, coconut oil, fish oil, ginseng, onion juice, rosemary oil. etc.

Can You Stop a Receding Hairline?

Once the hairline starts receding, you cannot stop it in any way. However, you can always try strengthening your existing hair by taking good care of it, thereby preventing it from falling out.

A receding hairline that loses around 100 hairs a day is considered absolutely normal. But if it goes beyond that and you start losing hair from your hairline in chunks, seek the help of a doctor.

Is It Possible to Regrow Hair on Temples?

If you have started losing hair on your temples, consult your doctor. He or she may prescribe you topical medications like minoxidil (Rogaine), which is known to be a potential solution for stimulating hair follicles and producing hair growth.

Fontange Hairstyle – How to Create...

Step-by-Step Guide to Getting a Bowl...