Minoxidil For Alopecia Areata – Can It Solve Your Hair Loss Problem?


What is Alopecia Areata?

Alopecia Areata, which is believed to be an autoimmune disorder, is usually a temporary ailment that leaves the hair follicle dormant and unable to produce hair (1). Therefore, it has no preventive treatment available yet. However, to mitigate its effects, certain medications such as Minoxidil may be administered to the patient for treatment.


To understand Alopecia Areata better, we need to quickly evaluate its causes and symptoms.

Further studies to discover the causes of this disorder are still ongoing. However, it has been concluded that


Alopecia Areata is not contagious.

Also Read – Urine Therapy May Promote Hair Growth – Embrace The Benefits Of Your Own Golden Elixir!

Two extreme cases of Alopecia Areata known as Alopecia totalis and universalist are severe symptoms of which less than 10% of the latter’s patients recover. 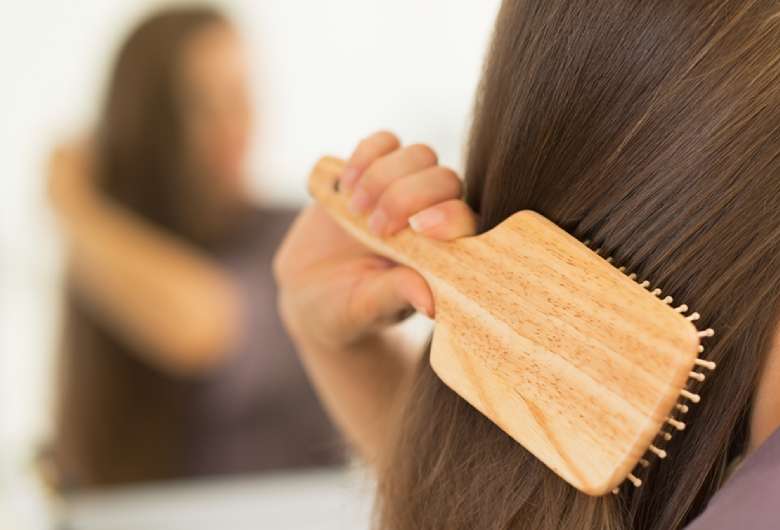 Physical observation of hair loss in patches is usually the first indication of Alopecia Areata. Then, a doctor may diagnose it through a physical or laboratory examination.

1. Physical Examination:
A physical examination like an inspection of the hair roots and pulling on the hairs close to the area of the hair loss may be carried out. This test to determine how easily they come out would quickly reveal if it is Alopecia Areata or not.

2. Trichoscopy:
This technology uses many-fold magnification for scalp evaluation. In addition, it may be used in laboratory diagnosis (4).

3. Biopsy:
This is another diagnosis option. It is carried out by removing skin in the affected area for laboratory examination.

The breach in immune privilege that causes the immune system to attack the hair follicle has an unknown cause. However, one common thing among every patient is the hope that it stops as soon as possible.

Alopecia Areata usually affects a small region of the scalp that may be easily concealed by a change in hairdo or the use of wigs until the hair starts growing again. In cases where the condition affects a larger region, and the patient is concerned about cosmetically restoring hair growth, certain medications may be prescribed to stop the immune system attack on the hair follicle or sporadically stimulate hair growth.

With factors that range from the type of Alopecia Areata (patchy, totalis, or universalis) to the extent of hair loss and finally age, the treatment options available include:

Minoxidil is a United States Food and Drugs Administration (FDA) approved medication for controlling hair loss. It functions by enlarging hair follicles and allows them access to more resources like blood, oxygen, and nutrients they require to grow.

Also Read – Biotin – Vitamin B7 | How It Works For Hair Growth?

How is Minoxidil used in the treatment of Alopecia Areata?

Minoxidil which also exists in the tablet form has an over-the-counter foam and topical liquid preparation used to treat bald spots. An expert’s prescription is recommended for use. However, one or two applications a day for standard use may help stimulate hair growth in the target areas. In addition, Minoxidil which exists in the 1,2, and 5 percent solutions, has proven to be more effective for treating Alopecia Areata when supplemented with topical corticosteroids (6).

Side effects of Minoxidil

Although topical application of Minoxidil is generally considered safe, there are some associated side effects. Some of which include:

How effective is Minoxidil for Alopecia Areata?

Minoxidil is a potential treatment for hair loss. However, hair loss may be caused by very diverging factors. Hence, the need to question how effective Minoxidil is for treating this particular health disorder-induced hair loss – Alopecia Areata.

Results from scientific research revealed that Minoxidil has the following effects on Alopecia Areata patients:

With the results of this research conducted to understand the effect of Minoxidil on Alopecia Areata, it may be concluded that as much as Alopecia Areata has no preventive treatment, Minoxidil may help restore hair growth in the bald areas of Patchy Alopecia Areata patients hair (9). However, the two severe cases of Alopecia usually process immune to Minoxidil with a negligible impact recorded by Alopecia Universalis patients who resorted to it.

Is it possible to regrow hair without minoxidil?

Yes, you can regrow your hair if your follicles are intact or not closed. The role of diet and nutrition in the hair regrowth process can not be ruled out. Certain vitamins like Vitamin B-6, Biotin, Folic Acid may help promote hair growth. Keeping the importance of vitamins in mind, many over-the-counter products have been launched. Kiierr DHT Blocking Hair Growth Vitamins claims to stop hair thinning and reverse hair loss by stimulating hair follicles in a safe and natural way.
However, for better results, it is recommended to use the complete system, including hair growth vitamins, shampoo & conditioner.

Summary
Alopecia Areata which affects over 6.8 million people in the US and 1 in every 500 UK citizens is a dreadful disorder. Moreso, because of its resistance to every attempted preventive treatment, it is of great concern. The natural regrowth of hair in the bald areas which in the best-case scenario, may take 6-12 months and is not a viable option for many. Sequel to this, some hair restoration options were developed and the use of Minoxidil is one of them. Minoxidil which is an FDA and Health Canada approved drug for the treatment of hair loss has been extensively used for the treatment of Alopecia Areata, especially at the less severe stage. This drug which enlarges hair follicles and allows them better access to growth-facilitating resources like blood, oxygen, and nutrients is an effective treatment for Alopecia Areata.

Is Alopecia Areata inheritable?
20 percent of Alopecia patients have at least one more member of their immediate family who is also a patient. Like other immune system disorders, it is believed that Alopecia Areata is hereditary.

Are their preventive precautionary measures?
Unfortunately, no. Alopecia Areata is an unpredictable ailment that can’t be avoided by taking preventive measures.

What can an Alopecia Areata patient do to lead a good life?
Alopecia Areata is unpredictable, so many people who have it are unprepared for its physical and psychological involvements. To keep enjoying life, a patient can

a) Source for information about the disorder and possible treatment options
b) Go for medical treatment or leave it to stop after six or more months, hopefully
c) Avoid self-pity of any type
d) Consider changing your hairdo or getting an attractive wig
e) Avoid stress and other things that could destabilize mental health

Which foods should be avoided by an Alopecia Areata patient?
Foods that could spur an inflammatory reaction are advised to be avoided.

How long does hair loss last?
In 50% of Alopecia Areata patients, an episode of hair loss lasts less than a year, after which hair grows back without treatment. However, it could last a lifetime.

How effective is Minoxidil?
Minoxidil works for 2 out of 3 patients enduring hair loss. It is most effective on people under the age of 40.

Can Minoxidil revive dead cells?
Yes. Regular application of Minoxidil to the scalp may help reactivate the dead cell follicle.

Who should not use Minoxidil?
Individuals below 18 years are not permitted to use Minoxidil. Also, older adults may experience an increased weather sensitivity after using it.

Hair Protein Overload: Everything You Need...