Interesting Benefits of Barley for Health, Skin, and Hair


When it comes to cereals, most people rely on wheat, oats, or muesli. Barley, although known as the ‘King of Cereals’, never gets enough attention from us. But this versatile grain is extremely beneficial for our overall health and beauty as it comes loaded with essential nutrients. Whether you add barley to your curries, soups, stews, and salads or incorporate it in your daily diet as seeds or water, the member of the grass family will certainly impress you in many ways. This article unveils all health, skin, and hair benefits of barley to help you try and make the right decision about it. 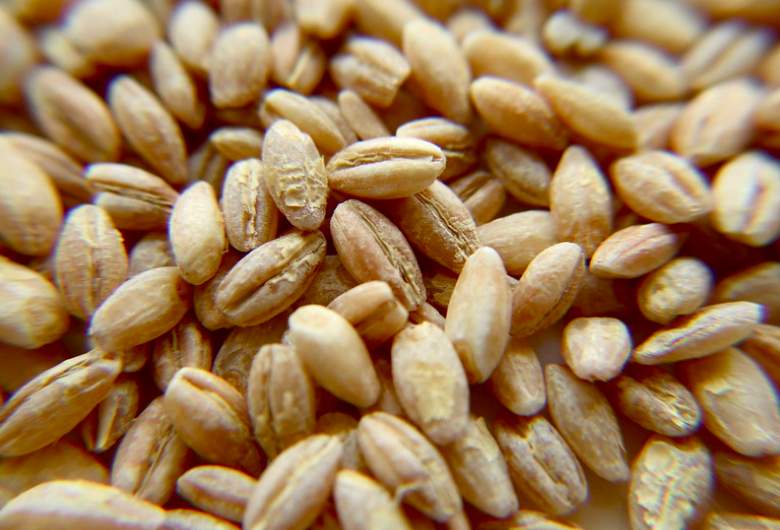 Barley (Hordeum vulgare) or jau is one of the oldest grown grains as well as the fourth most produced grain across the world. It has also been reported to be one of the most widely consumed cereals in America (1). Though the cultivation of barley was started in Egypt over 10,000 years ago (2), it is now grown worldwide in temperate climates. The grain with wheat-like appearance, pasta-like chewy texture, and a mild nutty flavor belongs to the grass family. Its primary use is as human and animal food. It is even used for processing alcoholic beverages like wine, beer, whiskey, etc. Barley is commercially available as barley grass, hulled barley, pearl barley, barley green powder, and barley flour. While all of them hold plenty of essential nutrients, only hulled barley among them is considered as a whole grain. Being rich in dietary fibers and phytonutrients (3), it is highly effective in lowering the risk of a number of chronic diseases (4) (5).

In brown-colored hulled barley, only the external fibrous hull is removed and discarded as it is completely inedible. The bran or endosperm of the bran is kept intact, making it a nutritious food for optimum health. The more widely used pearl barley, which is pearly-white in color, lacks the fiber-containing bran itself. Both of them need to be cooked by simmering in water. Hulled barley takes longer than pearl barley to cook. They double in size upon cooking.

Barley is an excellent source of nutrition for our body. It contains carbohydrates, proteins, fats (monounsaturated and polyunsaturated), and dietary fibers (both soluble and insoluble) in ample amounts. It also comes loaded with vitamins (A, B1, B3, niacin, pantothenic acid, B6, B12, C, E, K, and choline) and minerals (sodium, calcium, potassium, magnesium, selenium, iron, zinc, copper, and phosphorous). Other nourishing components present in barley include antioxidants, phytochemicals, etc. Just like most plant-based foods, barley comprises a low glycemic index, very less amount of fat, and zero cholesterol. Hence, it can undoubtedly be a healthy addition to your diet.

So, how do the nutrients in barley actually benefit your health? We have listed them below:


A cup of barley contains almost 13 gm. of dietary fibers (6), which is the maximum among all the grains. It acts as a probiotic to promote the growth of healthy bacteria in the intestines. Regular intake of the grain helps digestion by increasing both the frequency and volume of bowel movement (7). It also pushes the wastes out of the body through the intestines and colon, thereby relieving constipation and preventing hemorrhoids.

Barley is an ideal weight-loss food. The soluble fibers in it reach the intestines to prevent the absorption of fats and cholesterol into the bloodstream (8). It also reduces the levels of a hormone called ghrelin in the body, which is responsible for the feelings of hunger and fullness (9). In fact, the consumption of barley water is known to be one of the best ways to keep the risk of obesity away.

Being rich in calcium, copper, phosphorous, and manganese, barley may work as a great remedy for weak bones and teeth.  The calcium content of barley juice is almost 11 times more than that of milk. It not only maintains the strength and overall health of bones but also helps in preventing conditions like osteoporosis. Plenty of soluble fibers in barley may also decrease the symptoms of arthritis, such as swelling and inflammation of the joints (10).

Read Also – These Health Benefits of Tamarind Will Leave You Surprised!

You can keep your cardiovascular system healthy by including barley in your daily diet. The antioxidant and hypolipidemic properties of the grain provide protection from conditions like atherosclerosis by preventing plaque buildups around the arterial wall. It also helps in stabilizing as well as maintaining the blood pressure levels in the body. Thus, barley improves various cardiovascular risk factors and averts heart attack, stroke, etc.

Barley contains a soluble fiber called beta-glucan, which slows down the absorption of glucose into the bloodstream. Hence, it is able to regulate the blood sugar levels for many hours after its consumption. In addition, it is rich in magnesium and calcium, which are also known to reduce the risk of type-2 diabetes (12). Therefore, you will not see any spike in your blood sugar levels while consuming barley regularly.

If you have barley every day, the healthy skin will also not be far away from you. Here is how the little hero can beautify your skin:

Barley cleanses and exfoliates the skin gently yet thoroughly by eliminating dead cells, dirt, grime, and excess oil from it. Just make a fine powder of barley brans, mix it with some raw milk or plain water, and wash your face with the mixture.

Prepare a paste by combining barley flour and lemon juice together and apply it to your skin. Let it dry before washing it off. As it sloughs dead cells off the skin surface and reveals the layer of fresh cells underneath, the skin tone becomes lighter and brighter naturally. It controls the secretion of sebaceous glands, which also contributes to its skin-lightening effect.

When used as a dietary supplement, barley increases the hydration levels in the skin. This makes the skin softer, improves its texture, and gives it a youthful look.

The anti-inflammatory properties of barley attribute to azelaic acid present in it, which unclog skin pores and combat issues like acne, pimples, breakouts, infections, etc. Drinking barley water and applying it topically in a regular manner may help considerably.

Barley is rich in zinc, which is highly effective in treating wounds. It also aids skin healing and repairing to a large extent. All you need to do is consume barley powder with water or apply it to the affected parts of the skin in the form of a paste.

As barley comprises lots of selenium, the internal organs work efficiently and the immunity gets boosted. This keeps the skin healthy and young from the inside, which reflects through a firmer, more toned, and more elastic skin.

Apart from skin, barley benefits our hair too. Following are the reasons why you should use it for hair:

Side Effects of Barley

While barley is a great addition to your daily diet, you should always be careful about having it. The whole grain is very high in gluten and should not be consumed by patients with celiac disease or wheat intolerance or gluten sensitivity. It may also cause adverse effects like gas, bloating, abdominal cramps, etc. in people with IBS or irritable bowel syndrome. Diabetics should also have barley with caution as it may cause a sudden and significant drop in blood sugar levels.

Barley is a nutrient-rich whole grain that offers immense benefit to us. It keeps us healthy by reducing cholesterol levels, controlling blood sugar, reducing cardiovascular risks, and improving bone health. It also enhances our external beauty by manning our skin and hair. However, there are certain adverse effects of barley and you should not consume it without consulting your doctor first.

How to Incorporate Barley in Your Diet?

Add barley to your soups, stews, salads, milkshakes, smoothies, baked items, risotto, multi-grain bread, porridge, and continental dishes. You can even prepare barley water by adding a dash of lemon or honey to it.

Is it Good to Drink Barley Water Daily?

Yes, you can drink a maximum of two cups of barley water a day.

Enriched with dietary fibers, barley helps in lowering the levels of uric acid in the body.

Should I Use Barley Paste for Hair?

As barley can irritate the hair follicles on the scalp, it should never be applied to that directly. Rather, include the grain in your diet to enjoy its hair benefits.

Open It Up! Simple Remedies To...