Why Drinking Green Tea Is A Sure Bet For Weight Loss And Obesity Control?

Say the healthiest beverage that has become the hot favorite of today’s generation and green tea will top the list for sure. If you think it to be nothing else than flavored water, you are wrong! It is loaded with health benefits and most importantly, it is capable of promoting fat burning as well as weight loss. Studies have proved that the rising issues of obesity around the world can be efficiently reduced by increasing the consumption of green tea. In this article, we are going to decode the way green tea fights against excessive body weight and brings obesity under control naturally. Here we go: 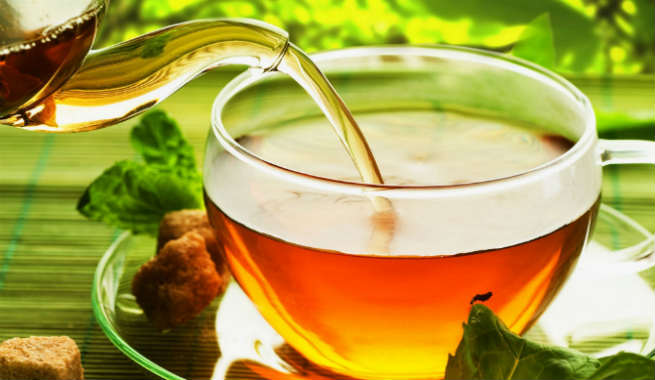 A cup of green tea holds plenty of bioactive substances i.e. ‘beneficial substances with potent biological effects’, which are highly effective in reducing fat. Most of these compounds work as antioxidants and get dissolved in the water to make the drink healthy. The most important group of bioactive substances found in green tea is known as polyphenol catechins, which comprise Epigallocatechin Gallate (EGCG) – one of the most powerful antioxidants for boosting metabolism. Besides, the drink also contains a significant amount of caffeine which, being a good stimulant, can enhance the results of our exercises to a great extent.


The process of weight loss starts with the breakdown of fat inside the fat cells, which eventually moves into the bloodstream and is used in the form of energy by the cells that are in need of it. Green tea consists of certain active compounds like EGCG, which plays a key role in mobilizing fat from fat cells. It basically prevents an enzyme from breaking down the hormone called norepinephrine through which our nervous system sends signal to our fat cells for breaking down the fat deposits. As the amount of the fat-burning hormone norepinephrine remains high, the signal becomes stronger and the effects get rapidly boosted.

When it comes to burning fat by making the most of your exercising practice, nothing can be better than drinking a cup of freshly brewed green tea. Multiple studies have proved that regular intake of green tea along with moderate to high levels of exercise can improve fat burning as much as 17%. In other words, green tea can help us take advantage of weight loss-specific workout to the fullest, which remains effective even when we are resting. As a result, we get rid of excessive fat in the long run. 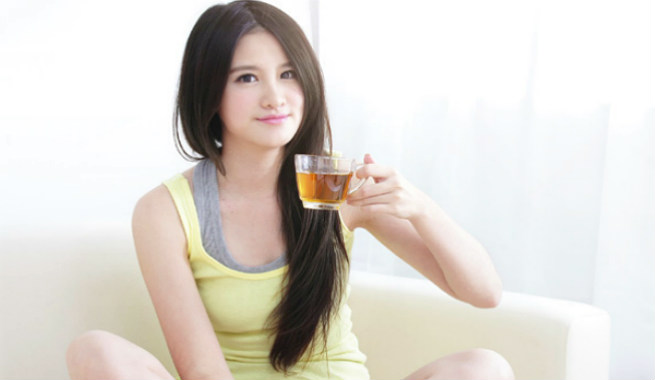 The best thing about green tea is that it helps us burn calories constantly irrespective of our activities and resting time. Studies have revealed that consuming green tea every day can burn almost 3% to 8% more calories in our body and that too around the clock. This is because green tea is rich in antioxidants, which induce strong positive effects on our metabolism just similar to a high protein diet. It has also been found that these calorie burning effects of green tea are quite long-lasting.

Another way green tea helps us control our obesity is by keeping us a little fuller and cutting down the appetite to some extent. Researchers conducted a few studies to find out whether this holy drink can make us take in calories in smaller amounts automatically and, needless to say, the outcomes were positive. As this calorie intake takes place without any effort, it reduces our hunger and ultimately promotes weight loss. 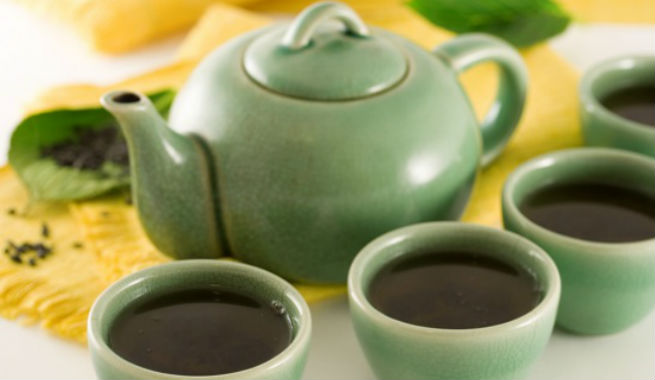 How Much Weight Can Be Lost With Green Tea

Well, you have already learned how green tea works on the fat deposits in our body and why drinking it every day is a boon for all of us who are overweight. But you may be still are in doubt about how much weight can be lost this way. Let us help you clear it out:

Quite a lot of clinical trials have been performed to figure out how strong the effects of green tea on our body weight are. Based on 15 of such random clinical trials, a short experiment was conducted by scientists and the findings were published in the ‘American Journal of Clinical Nutrition’ (December, 2010). There were a total of 1,243 diverse participants (irrespective of gender, age, body weight, etc.), who were divided into two groups (drinkers of green tea and other beverages) in a random manner. All of them were given doses of EGCG daily and it varied from 576 m. to 714 mg. The durations of the trials also varied from 8 weeks to 24 weeks. Finally when all results were combined as well as compared, it was found that participants who received green tea lost almost 3 lbs of body weight every 11-12 weeks. This data is enough to establish the fact that green tea can actually promote weight loss and bring the issue of obesity under control efficiently.

So, just start your weight loss journey from today with a cup of green tea every day.

How To Use Amla For Weight...

Amazing Benefits Of Sabja Seeds For...

Amazing Benefits Of Chikoo (Sapodilla) For...

DIY – How to Prevent Stained Teeth