Ginger for Hypopigmented Scars – Why and How to Use It?

Scars are said to be a part of the natural healing process of our body. But the appearance of scars is unappealing most of the time and we all want it to be minimized as much as possible. There are many over-the-counter products and ointments in the market for treating hyperpigmented or abnormally pigmented scars. But when it comes to normalizing the scars with hyperpigmentation or depigmentation, the choices available are really poor. Several studies have proved that ginger is the one and only natural ingredient to cure hypopigmentation efficiently. In this article, we will discuss why and how to use ginger for hypopigmented scars effectively. 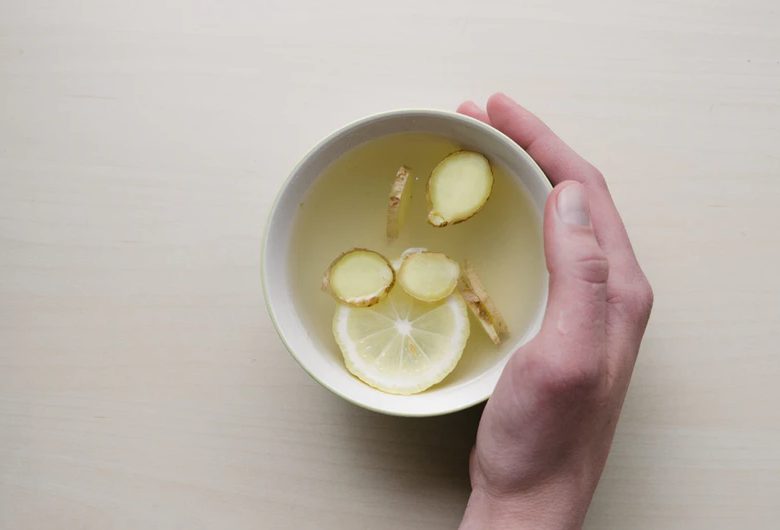 Hypopigmentation is a common skin problem, which can be experienced by people of all skin types. It refers to the ‘loss of skin color’ caused by the less production of the pigment named melanin in the skin. When the amount of amino acid tyrosine gets low in our skin cells, the melanocytes (cells that are known to produce melanin) become unable to generate sufficient melanin. As a result, our skin starts getting lighter or discolored in certain patches or spots. Though there are a number of factors, such as injuries, burns, skin disorders, etc. which lead to this specific skin condition, it has been found that different types of scars are the most known cause of this problem.

Following are the three most common types of hyperpigmentation:

This is a condition of hypopigmentation in which genetic mutation affects the production of melanin in the body. People with albinism have extremely pale skin, hair, and even irises of the eyes with little to no color. However, according to the National Organization for Albinism and Hypopigmentation, it is a rare inherited disorder, which affects only 1 in 20,000 people in the U.S.

While the exact cause of vitiligo is yet to be found by the researchers, it is thought to result from an autoimmune disorder that damages melanocytes in the body. This reduces the amount of melanin pigment in the skin, which develops smooth, lighter patches anywhere on the body including inside of the mouth and in the hair.

Pityriasis alba is often linked to eczema, which commonly occurs in dark-skinned children and grows in their adulthood. It is characterized by white, slightly raised patches on the skin, which are basically leftover from earlier cases of red, scaly patches.

In this condition, scaly spots develop on the skin due to a fungal infection resulted from the overactivity of yeast on the skin. The American Academy of Dermatology (AAD) has declared it as one of the most common skin disorders in tropical and subtropical people. (1)

From genetics to environmental conditions, many reasons are there behind temporary and even long-term skin discoloration. Some of the most common factors that lead to hypopigmentation by triggering melanin disruption include:

Treatments of hypopigmentation depend on the root causes, areas of coverage, age of patients, their overall health, and so on. They usually include dermabrasion, chemical peels, laser therapy, lightening gels, anti-fungal medications, anti-inflammatory creams, etc. But most of them come with adverse effects and hence, should not be tried without proper expert consultation.

What are Hypopigmented Scars?

Hypopigmented scars are basically injured sections of our skin, which have become flat as well as pigmentless. When an injury goes deep into our skin and causes damage to our blood vessels, the melanocytes present at that specific part of the body become unable to produce enough melanin to match the complexion of the adjacent skin. Even though the scar gets repaired automatically in the absence of the fibrous tissues, the skin fails to restore its actual color. In other words, the scar tissue remains lighter in color than the surrounding skin. Hence, we see a white scar once the dry skin goes away.

A Few Words About Ginger

Ginger is one of the most extensively studied herbal medicinal ingredients. It is basically the root or rhizome of a flowering plant, which is scientifically termed as Zingiber officinale and is native to Southeast Asia. Due to its potent medicinal properties, the mighty ginger has long been widely used as a natural remedy for a variety of health conditions. This attributes to the presence of phenolic compounds in it including gingerol, which is a chemical compound with powerful anti-inflammatory and antioxidant properties (3). Researchers have already found that ginger may help prevent or treat chronic inflammation, infections, arthritis, etc. (4) while reducing the risks of diabetes and even cancer. It also improves immunity, relieves stomach pain, and decreases nausea (5). The use of fresh or dried ginger in cooking is also an ancient practice, which has become immensely popular these days.

Read Also – How to Get Rid of Birthmarks Naturally and Safely

Why Use Ginger for Hypopigmentation?

Although the main application of ginger is found in cooking, it can be used to treat various health as well as skin issues including hypopigmentation. Several studies have proved that the topical application of this root can help us get rid of hypopigmented scars successfully. The antioxidants present in the ingredient are known to help in healing hypopigmented scars and restoring the color of the skin in those areas. It also has excellent toning property, which assists in enhancing the texture of the troubled part of the skin. Hence, you should certainly give this traditional Chinese medicine a try to cure your skin discoloration.

How to Use Ginger to Treat Hypopigmented Scars?

Ginger can work directly on the damaged skin cells comprising the hypopigmented scar and stimulate the melanocytes to produce adequate melanin. As a result, the natural color of your skin comes back and the white scars disappear gradually. Here is how fresh ginger can help you treat hypopigmented scars naturally and efficiently:

You will notice a change in your hypopigmented scar just within a couple of weeks and the entire section of the skin will go back to its earlier condition in 6 to 12 weeks.

Are There Any Risks with Hypopigmented Scars?

Hypopigmentation caused due to scarring or burns usually heal on their own. Also, as long as you are treating your hypopigmented scars naturally with herbal remedies, you are not going to be exposed to serious risks. However, people with albinism have been found to be at a higher risk of skin cancer (6). It makes the skin more vulnerable to the harmful ultraviolet rays of the sun. On the other hand, people with lichen sclerosis are not susceptible to skin cancer. But if you develop severe scars due to this, you should consult your doctor immediately to prevent them from getting cancerous.

Hypopigmentation is a skin condition in which the pigment-producing cells called melanocytes stop producing enough melanin pigment in the skin. It leads to the loss of pigment in certain parts of the skin. When this happens due to certain injuries, the scar tissue remains lighter in color than the adjacent skin. This is called a hypopigmented scar, which can be treated with ginger naturally. The antioxidant and toning properties of the traditional Chinese medicine makes it a great home remedy for hypopigmented scars. All you need to do is rub the area with freshly sliced ginger every day and you can see visible results in 6-12 weeks.

Can Hypopigmentation Go Away?

Hypopigmentation can go away slowly provided the underlying problem is treated efficiently and no new bumps are formed.

Can Microneedling Help with Hypopigmentation?

Yes, microneedling has been found to restore the pigmentation in hypopigmented parts of the skin gradually.

How Many Microneedling Sessions are Needed for Hyperpigmentation?

It depends on the area of coverage that needs to be treated. However, you may need 4-6 sessions with a gap of 4-8 weeks in between them.

How Do You Hide Hypopigmentation?

Using a good concealer can help you hide the hypopigmented part of your skin effectively.

According to the Planta Medica journal, regular application of aloe vera gel can help reduce hypopigmentation because of the presence of the active ingredient called aloin in it.

Why Should You Give Mustard Facial...

DIY: Make Your Own Cloth Facial Mask to...

Know These Ultimate Benefits of Jasmine Oil for...