Do you have too prominent ears that are always ‘sticking out’? These ‘flap-ears’ are resulted from the construction issues found in the ears, which starts emerging as one grows, if not in the early years. But the worst thing about having such protruding ears is that they can cause embarrassment, low self-esteem, and psychological distress to a huge extent. Moreover, they are equally discomforting for both adults and kids. Hence, if you want to get your ears reformed for a more pleasant look, otoplasty can be your solution. Go through this article to know more about otoplasty and make a well-informed decision.

Around 5% of the general population of the country have ear deformities and they usually occur for a variety of reasons. Some of them are:

Also Read – Chin Enhancement Without Surgery – What You Should Know About It? Here 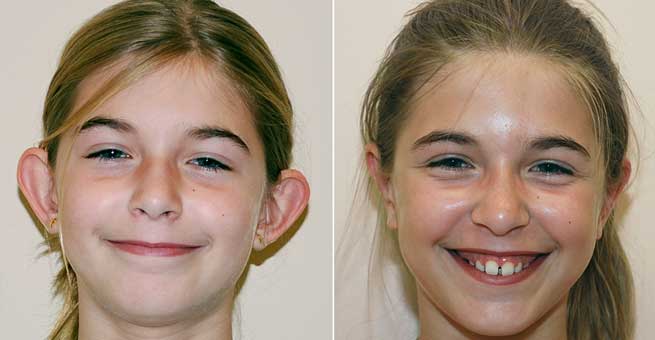 ‘Otoplasty’, also known as ‘Pinnaplasty’ or ‘Ear Pinning’, is a reconstructive cosmetic surgery that aims at rectifying the existing deformities in the outer ear or ‘pinna’ and improving the overall appearance of the organ. It is a less complex surgical procedure, which can be performed in one ear or both ears as required. Whether it is a congenital deformity or accidental injury, otoplasty reshapes or resizes the outer parts of ears to repair even the most minor concerns and boost the confidence level of the person. However, as pinna has no major function in our hearing, the procedure does not impact our hearing in any way.

Being a reconstructive surgery, otoplasty can be of 3 different types to suit the needs and desires of the patient. These are:

What Issues Does It Address?

Otoplasty involves the surgical repairing of a number of issues related to ear cartilage, which include:

While adults can undergo otoplasty surely, the procedure can also be performed on kids as young as 2 years. However, it is important to delay the surgery up to the age of 6 years so that the ears can be more developed and become full-size. One also needs to have a good physical health in order to get the shape and appearance of their ears corrected through the surgery.

How Is Otoplasty Performed?

The process of otoplasty is simpler and safer than many other cosmetic surgeries. Following are the steps involved in it:

Also Read -Is Blepharoplasty Right For You? Here Is Everything You Need To Know Here

Typically, an otoplasty surgery takes approximately 1-2 hours depending on the changes need to be accomplished. Before you are discharged, the head is wrapped with a fluffy bandage so that the ear is protected and the cartilage is secured in its new position.

You must exercise the following caution to protect your ears from all kind of trauma or injury during the recovery period:

Also Read -Liposuction Recovery: Speed It Up With This Comprehensive Guide Here

Side Effects And Risks

Common side effects of the surgery include mild bruising, soreness, numbness, stiffness, throbbing, aching, and so on. However, all of these will resolve completely anywhere between a week and a month. There are also some minor risks and potential complications associated with otoplasty. These are prolonged numbness, swelling, internal bruising (haematoma), bleeding, inflammation, infections, necrosis, superficial discomfort, overcorrection, partial correction, and asymmetry. Your surgeon will prescribe you painkillers, antibiotics, and other necessary medications based on the issues you are experiencing so that everything subsides without causing any harmful effects on your ear,

The cost of otoplasty covers the surgeon’s fee, operating room fee, anesthesiologist fee, and all follow-up visits. Generally, it ranges from $3,000 to $6,000 based on the requirements of the patient.

Also Read – Know What, Why And How About Rhinoplasty Here

10 Popular Misconceptions about Getting Breast...