XEOMIN Vs BOTOX- Which is a Better Option For You?


Choosing from two very similar things, be it a travel destination, recreation, product, or any other thing is often characterized by a particular situation- dilemma. For example, botox (botulinum toxin) has become a household name over the past three decades, owing to its efficacy in treating facial wrinkles and fine lines. Botox, produced by the bacterium Clostridium botulinum (a rod-shaped bacteria with spore-forming anaerobic properties), may be used (1) to eliminate fine lines.


As expected, some other alternative competing products are available in the cosmetic market with a rapidly competing star rating as Botox on the review sites, and prominent on this list of alternatives is the product- XEOMIN.

Xeomin, also spelled Zeo-min is a neurotoxin prescribed to inhibit the release of chemicals that cause muscle contractions. Like the first, Xeomin is sourced from the bacteria – Clostridium botulinum which has great neurotoxin properties. This treatment option is currently approved for the treatment of moderate to severe fine lines and is available in the 50 and 100 unit vials (2).

Xeomin is a more recent anti-aging product, believed by many to be an enhanced version of Botox but like every other thing, the primordial product always has its uniqueness.

What are fine lines?

Fine lines are folds, ridges, or creases that naturally appear in the skin as someone gets older. These lines usually appear earlier in areas where the skin contracts during facial expression (3). Fine lines, which are an inevitable part of growing older, may also develop due to other factors like excessive exposure to the sun, dehydration, environmental factors, and smoking. These folds and wrinkles, which readily make a face appear weak, old, and less attractive, have resulted in a pronounced growth in the US anti-aging market in recent years, with over 50 billion dollars accounted yearly on them.

Currently, the treatments available to help reduce these facial lines include


Who is an ideal candidate for Xeomin or Botox? 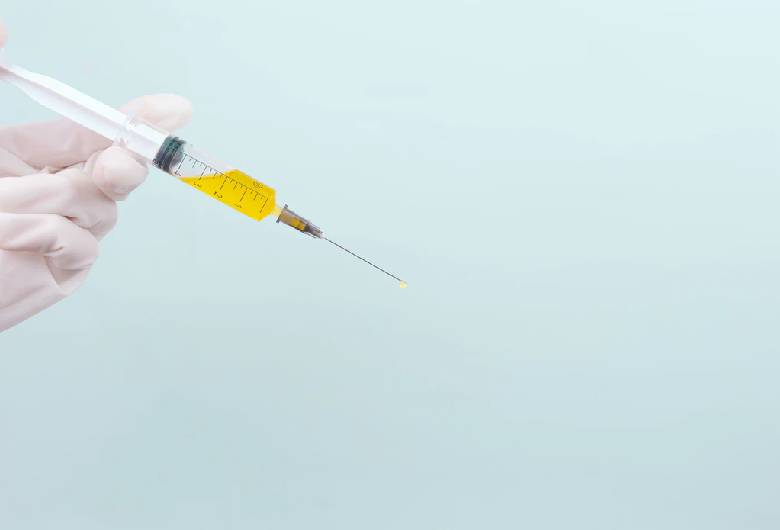 Xeomin and Botox can be administered to any patient over 18 years of age, the advised minimum age limit (5). However, these neurotoxins do not work for every wrinkle; therefore, prior consultation with your dermatologist is encouraged.

Also, pregnant women & breastfeeding mothers, neurological disease patients, and those allergic to preservatives like albumin should seek other options.

After having a consultation session with your doctor and an agreement to use any of these neurotoxins, the decision becomes “which one of them should be used?”


Xeomin vs. Botox – which is a better option for you? This puzzle can be best solved by analyzing their differences but first, let’s review the similarities.

Similarities between Xeomin and Botox

Xeomin and Botox are similar in numerous ways, some of which include:

1. Source:
Both drugs are sourced from the same bacterium known as Clostridium botulinum. C. botulinum is a motile, spore-forming bacterium with the ability to produce the neurotoxin – botulinum. It is generally used to prepare medications used to relieve muscle function. Some other products of this bacterium are Dysport and Neurobloc.

2. Uses:
Both Xeomin and Botox are temporarily used to treat folds and facial lines like forehead wrinkles, frown lines, and crow feet (those lines that spread out from the corner of your eyes).

3. Method of Function:
Both neurotoxins work by blocking the signals between the nerves and the muscles. Their actions paralyze the muscle in the part of the body they are administered. After this, the nerveless muscle becomes unable to contract, causing the fine lines to relax and soften.

4. Procedure:
Getting any of the two products administered only takes a few minutes, often 20 or less. After discussing your goal with the dermatologist and ascertaining which of the two is a good option, the Xeomin or Botox would be injected into specific muscles with a fine needle.

5. Onset:
Because of the time required for the neurotoxins to block off nerve impulses to the muscles, it usually takes 3-5 days and as long as 10 days for both Xeomin and Botox to fully affect the administered area.

6. Duration:
The resulting smooth skin after Xeomin and Botox sessions has an anticipated interval. This is because Xeomin and Botox have a time interval after which the nerves send signals to the muscles again. Generally, both last for 3-4 months, with some patients enjoying its benefits till the sixth month while others (often first-timers) benefit lasts for only two months (6).

Also Read – Is Face Tape For Instant Facelift Effective? We Tell You The Truth!

Differences between Xeomin and Botox

With the teeming similarities that both drugs share, it may be easily assumed that the two words describe a single product. Instead, however, they are different drugs with the following disparities:

2. Storage:
Xeomin can be stored at room temperature without any risk to its potency, but Botox is strongly advised to be stored in a refrigerator to preserve its potency.

3. Constituents:
Xeomin is made from a “naked” form of the botulinum bacteria, while Botox has extra proteins added to it, in addition to the bacteria.

4. Price:
The cost is an important determining factor in choosing which one of the two to use varies. For example, Xeomin, which is priced better, usually sells at 25 percent less than the price of Botox (9).

Which is a better option? Xeomin or Botox?

Xeomin and Botox are best known for their efficacy in the treatment of fine lines. However, there are other conditions that both can be respectively used to treat and relieve. For example, Botox is used to treat excessive sweating, headache, and urinary inconsistency, while Xeomin has proven to be useful in treating abnormal contraction of the muscles and excessive salivation (10).

As an anti-aging treatment, Xeomin and Botox are both very convenient and efficient treatment options. Nonetheless, they have the following advantages over each other:

1. General body response:
Xeomin contains the C-botulinum bacteria in its purest form, while Botox contains the bacteria as a major constituent but with other proteins present. As a result of this, Xeomin is more readily accepted by the body. In a random double-blind study that assessed 180 people over a six-month per six months, Xeomin works faster than Botox.

2. Area intended to cover:
Studies have revealed that Xeomin moves faster onto the skin hence more suitable for covering a larger area. Conversely, Botox is best used when the region that needs to be treated is small. This is to avoid having the drug spread to unwanted areas.

3. Cost factor:
The cost factor is to be heavily considered. Xeomin is relatively cheaper than Botox per unit price, and the number of units required for a particular treatment is always the same, irrespective of the product being used.

4. Prove integrity:
In 1989, Botox was first approved to treat eye muscle disorders, and on April 18, 2002, the FDA endorsed it for cosmetic use. That’s nearly two decades of proven integrity and efficacy with no recorded side effects. Xeomin, however, wasn’t approved for cosmetic purposes in the USA till 2010. It is also worthy of note that Botox is approved for cosmetic use in over 75 countries (11), while Xeomin can only be used in 20 territories.

As a result of the age factor and market dominance that Botox has maintained over the years, many fine line patients now have wrinkles that are resistant and immune to it. Thus, Xeomin is a great option for even Botox-brand loyal patients whose bodies have become resistant to Botox use.

The question of which is a better option- Xeomin or Botox may be further decided by consulting with your doctor.

Side effects of Xeomin and Botox

Both treatments have certain side effects that may result from poor adherence to expert advice or other factors that may arise when treated. Some of these side effects include:

Summary
Irrespective of how much care and attention you give to your skin, fine lines may be inescapable with age advancement. The question: “which is a better option – XEOMIN Vs BOTOX ?”; has an answer that would vary from one individual to another. However, the need to soften these fine lines cannot be exaggerated if physical appearance must be maintained. The call to choose any one of the two for the treatment, which will rid your face of fine lines and restore your youthful glow is yours to make.

What do Xeomin and Botox do to your face?
They are neurotoxins that block signals from the nerve to the muscles. This blockade stops the injected muscles from contracting hence, making fine lines soften and temporarily disappear.

Is Botox safe for the face?
Botox can be used in the long run, and you may stop using it at will without your skin looking worse than it did before.

What are the dos and don’ts during treatment?
Patients are advised to avoid taking alcoholic beverages before and after the treatment day. Also, to avoid exercising on the injection day and to avoid massaging the treated areas.

What is the difference between Xeomin and Botox?
The primary difference is that Botox contains additives known as accessory proteins while Xeomin doesn’t.

How much does Xeomin and Botox cost per unit?
In the United States, Xeomin costs $9-10 per unit, while Botox is usually sold at $12 per unit.

How long do you need to wait before sleeping after treatment?
It is encouraged to wait for 4 hours or more to allow the drugs to settle into place before laying down.

How do Xeomin and Botox exit the body?
They are firstly metabolized by the body, processed by the liver and kidney, and eventually secreted.

How Long Does It Take for...

Why Is A Facelift Surgery Right...

How Soon After Breast Augmentation Can...